Blue Whale Game-Real deadly game for Teenagers in many countries

Blue Whale Game – It is a dangerous game where Admin of the game put series of challenges to players.Every player need to cross every challenge to complete it.Challenge is not all about small tasks these include hazardous tasks like climb the mountains, stand upon river bridge , Jumping into water,climbing a crane,Craving a specific phrase on persons own arm or body,Poking needles,Standing on bridge roof and Doing secret tasks that seriously threaten to life.Till today more than 100 Teenagers addicted to this game and lost their lives as a final challenge of this game is commit suicide. 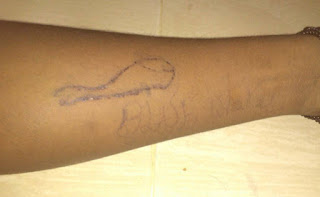 Recently Chennai boy committed suicide by hanging as a final challenge in this game.This game began in Russia in 2013. First dead was reported in 2015 by playing this game challenges.In 2016 due to wide spread of this game among the teenagers leads to increasing deaths.This become threat civil society of Russia. Then it was banned and Philipp Budeikin.(Inventor of this game) was arrested.Budeikin expelled from University and invented this game and claimed that this game is for clean the society by pushing to suicide those he deemed as having no value.
Victims of this game not only confined to Russia,It rapidly spread to others parts of the world mostly among the teenagers.
More than 90% of deaths caused by this game are teenagers.Deaths were recorded in Russia,Argentina,Brazil,Kenya,India,Chile,China,Colombia,Italy,Paraguay,USA,Spain etc… countries till today.
Be care full, Please keep an eye on your childrens and not allow to playing this type of games.